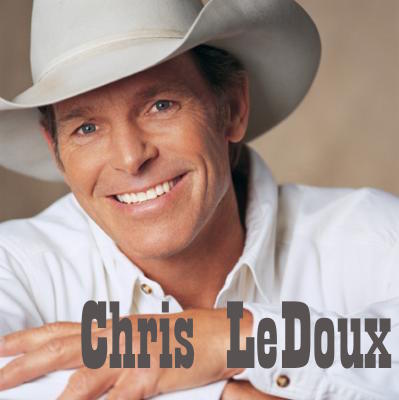 Enough tears have fallen to fill the Powder River through Kaycee, Wyoming where Chris LeDoux called home. He died of a rare form of cancer in March of 2005. During his all-too-short 56 years of life, LeDoux was indeed a rare breed. Beloved by the rodeo world, LeDoux’s music captured the spirit of the sport - and of the American West - as few will ever likely match. The young Chris put pen to paper often. Poem after poem reflected his love of rodeo and of a young girl, Peggy, who would become his wife and bear him five children. His sense of humor and self-deprecating manner were constants even in the most painful of times. Besides writing words to become songs, Chris liked to sketch cartoons ala Charlie Russell and “Ole Chuck” would have been honored to ride alongside LeDoux. Many heroes don’t quite live up to their reputations. This Wyoming, and rodeo, hero outshined them all. A practical joke player extraordinaire, who would not intentionally hurt even the squirrels on the golf course, Chris will forever be thought of with a certain amount of reverence in these parts. There is a hole in Wyoming’s heart.

He was world champion professional bareback rider in 1976. When speaking about that accomplishment LeDoux chuckled recalling his bounty. “I won a saddle and a buckle and I got a hat and a pair of boots – and a little bit of money. The money’s gone. The boots are worn out. The hat’s gone – someone bit a big chunk out of it at Fort Worth that next winter. I still have the saddle and the buckle. But that championship gave me credibility in the music that I’m doing and helped tremendously,” LeDoux believed. His stage act came to represent a rodeo complete with mechanical bull, pyrotechnics, and pulsating energy that kept standing-room-only crowds on their feet for two hours – always howling for more. The moment the net fell and the first strains of “Copenhagen” rang out is one all Chris LeDoux fans cherished. Flinging tins was a sport in itself. It was a way to show love too, sort of like resting a bunch of roses at Barbara Streisand’s feet. Forgive the comparison but it is just the kind of image that would make Chris smile and say, “Yeah.”

His interest in rodeo stemmed from a childhood in Texas surrounded by friends and neighbors for whom rodeo was a way of life. LeDoux decided to give it a try, won a buckle, and was “bitten by the bug.” The family moved to Wyoming where rodeo continued to peak his interest. Before he gave much thought to girls or hot cars, Chris LeDoux dreamt of becoming a rodeo champ. He wrote his classic tune “Bareback Jack” while a student at Casper College. His mom had bought a guitar for Chris at Jay’s Music Store in Cheyenne a few years earlier. He first strummed and sang along to Marty Robbins “Big Iron.” He had many rodeo stars to gaze upon while living in Cheyenne and musicians then started to gain his attention. Favorites included Johnny Cash, Waylon Jennings and Charlie Daniels. “I started listening to country music and loved it. I wanted to be able to play the guitar and sing some of those songs,” LeDoux remembered.

Football competed for some of his extracurricular time while at Central High School in Cheyenne but it was always Cheyenne Frontier Days that gave him “Gold Buckle Dreams.” His bareback riding skills rose measurably as fellow contestants offered pointers. Soon Chris LeDoux was among the top riders. He could have chosen many different paths during that period in the late 1960s and 70s but decided a wife and family – settling in rural Wyoming – was the best course for his life. A successful rodeo career was overtaken by music. Hundreds of songs about the West, cowboy and rodeo life, and love ensued. It was Garth Brooks who kicked things up several notches by singing the line “Worn out tapes of Chris LeDoux” in Brooks’ 1989 hit “Much Too Young (to Feel This Damn Old).” Almost immediately millions more fans of Chris launched a career that brought recognition and a degree of fame well outside the rodeo world.

Writing songs became more work than fun and Chris would come to depend on others for many of his recordings during the latter part of his long musical journey. “Writing to me is like sitting in a room by yourself all day pulling one hair out a time. I did enough of that. I’m ready to enjoy other things - be outside,” he said. He would get back home to the Kaycee ranch often and when there fix fence and do ranch chores his father-in-law saved for him. “I’m usually home calving time,” LeDoux recalled. “I kind of wish I was out on the road then.”

Another passion entered LeDoux’s life in the latter half of the 1990s. Golf. That surprised the cowboy musician. “I hate to admit it. I cussed the game for years. But it’s addicting. I don’t understand it. Maybe it’s just the nice little parks you get to walk through.”

Aren’t we glad he walked through our lives? More like leaped, and sang, and helped teach us to believe there is a lot of good out there we can do for others while at the same time enriching our own souls beyond measure.

Chris LeDoux’s band, Western Underground, carries on in his honor. Guitar player, and road manager, Mark Sissel stood by Chris’s side for 16 years. “It was like getting up every morning and walking down the road with John Wayne. The only difference was there was no on-screen/off-screen. Chris was the same every day – an extraordinary person; an exceptional man,” Sissel told the crowd at the first annual Tribute to Chris LeDoux in Casper, Wyo. last fall. The opening stanza in Sissel’s song dedicated to LeDoux just about says it all:

He’s left us way too soon but his spirit remains alive and shining. “He was true to his word. He was real. He cared so much about other people,” reflects pro rodeo medic Linda Holtzinger. She is typical of loyal LeDoux fans spread across the globe. Holtzinger looks to the sky every night stars are visible. The first one she sees will forever by lit by Chris LeDoux’s smiling face, his cowboy heart, and his voice echoing the soft opening lines of “Look at You Girl.”

Look at you girl.
Standing here beside me. Starlight in your hair.
Looking like a dream I dreamed somewhere.
And look at me girl.
You’ve got me acting like a lover in an
Old-time picture show.
And how I got the part,
I just don’t know.

Chris LeDoux grew into the part naturally. The role we of his gender all aspire to become. That of a good man.